Make Your Choice: Genuine or Fake

How can you tell if your instructor is genuine or a fake? 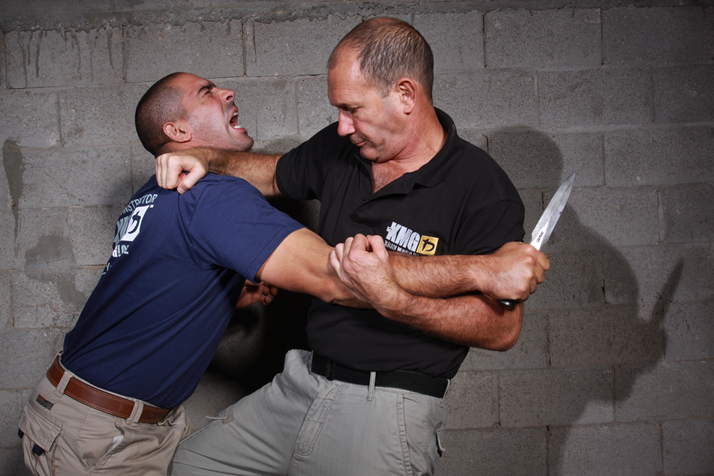 Well, naturally that person is deemed an authority in the eyes of his followers, but it doesn’t say much about the knowledge, experience, morals and values of that authority. In all walks of life we have counterfeits, fraudulent pretenders and people with low moral standards active in the same arena as experts, masters, high leveled professionals and real authorities. The fields of fighting styles and martial arts are no different. You can find those who forge documents (naturally a crime); charlatans who claim they studied under masters, but never really did; Black belts who originally achieved  a certain level (DAN) and then suddenly self-promote themselves 2,3,4 levels or even more to the degree of DAN 9 or 10 (or ironically are promoted by their low level students).

The major issue is how a person without enough background can judge and chose and avoid falling into the hands of an imposter?

It seems to becoming a plague; every other day another unknown individual self-promotes himself to such a high level in KM, offering instructor courses and Expert or Black Belt diplomas (sometimes even by mail).

In past times one had to spend many years in training with a doctor, teacher or a master to become one. Nowadays although this should still apply, it is easier to find certain short cuts. In the academic world people attend school and study for a certain number of years in the relevant faculties to get a degree in engineering, law or medicine and after finishing their studies they join other professionals and continue learn from them. One has to continuously obtain knowledge from higher leveled individuals and practice under supervision until ready to take the role as a leader or an independent professional. Those who learn to tame their ego maintain their relations with their master who helped them achieve their superb personal level and enabled them to reach a high position.

In Krav it is similar. You learn the basics, reach a certain level, often join an instructors’ course, continue training under supervision (even if less than before), and in addition to that start teaching. As time passes you elevate your level, get tested and up-graded, you receive feedback periodically and specifically, continuously improving yourself while accumulating both knowledge and experience, reaching and surpassing higher levels and so on.

In all occupations, professions and walks of life you can find people at both ends of the spectrum: both excellent as well as bad professionals. When regulated by governmental or other strong organizations the professionals reach higher levels and there are less imposters. When the occupation is dangerous and life risking – those who are not good enough will fail and get thrown out of the “game”. The better ones will survive and surplus. In non-dangerous occupation, those who have cheated their way to the eye of the public will sometimes go bankrupt or close their business, but unfortunately sometimes they will also continue fooling the innocent for years. In most cases they eventually vanish. It is impossible to fool everyone all the time but quite possible to fool some of the people all of the time. In Hebrew we have a saying roughly translated as – “Fools don’t perish they just rotate”.

So how does one prevent falling into the traps laid by the imitators?

Unfortunately many don’t. They do not research or compare. Once understands the implications of learning and obtaining false knowledge, one should first investigate, research, explore and then act accordingly. One should not just blindly believe since the unfortunate truth is that we live among some people who prefer to take advantage of the innocence and laziness of others.

I was lucky enough to hold the rope at both ends for many years, that is to be under supervision as a student (training under Imi for 24 years from the age of 15) and teaching parallel to that (from the age of 17) and periodically receiving feedback on the teaching I did. There is no other way.

To become a master you need to be with one.

Did spending so many years with my mentor make me a master?

Well, it probably got me to the highest point I could achieve at this stage. This, combined with the interactions with my students as well as other higher level people from other fields aside of Krav, helped me to learn more about life, conflicts and how to handle them.

Can or should I say something about my level. I believe not. Imi, my Krav Maga master, gave me the level and credentials. The rest is up to those who come to train with me to decide.

Today comparing and researching is relatively easy. There are books, videos, seminars, websites etc’. Information is easily accessible (Dishonest people usually use these medias very strongly to promote themselves as how else will others know about them, since their level is substantially a fake they need channels that will disguise it easily. However the real and original teachers rely on these medias also so that the people interested in obtaining accurate information will have access and means to compare). With this information and data one can easily track the organization and the credentials behind an instructor (and thus the source of his knowledge) who teaches somewhere in Queensland Australia, a remote town in Texas, the city of Krakow in Poland or a suburb of Rome in Italy.

One should make the effort to join, inspect and compare trial lessons in close locations. It is OK to join a place because the instructor is more appealing, the group is more polite or the training is harder, or softer. But always keep in mind what the goals are.

In reference to Krav Maga – as it deals with life and death situations, one should only choose the best available.

Naturally training should be fun (not funny), demanding, in good atmosphere, safe and satisfying.

Instructing others is a mission. Improving the balance in the bank account is a byproduct of a well fulfilled job. If someone is an instructor only for the sake of money and fame but what he teaches is not real and not the best, isn’t he performing some kind of a crime? If people place their trust and belief in their instructor and he misleads them, how can this be justified or forgiven?