Knife attacks are common. In fact, the knife is probably the most commonly used weapon in violent, non-military confrontations. 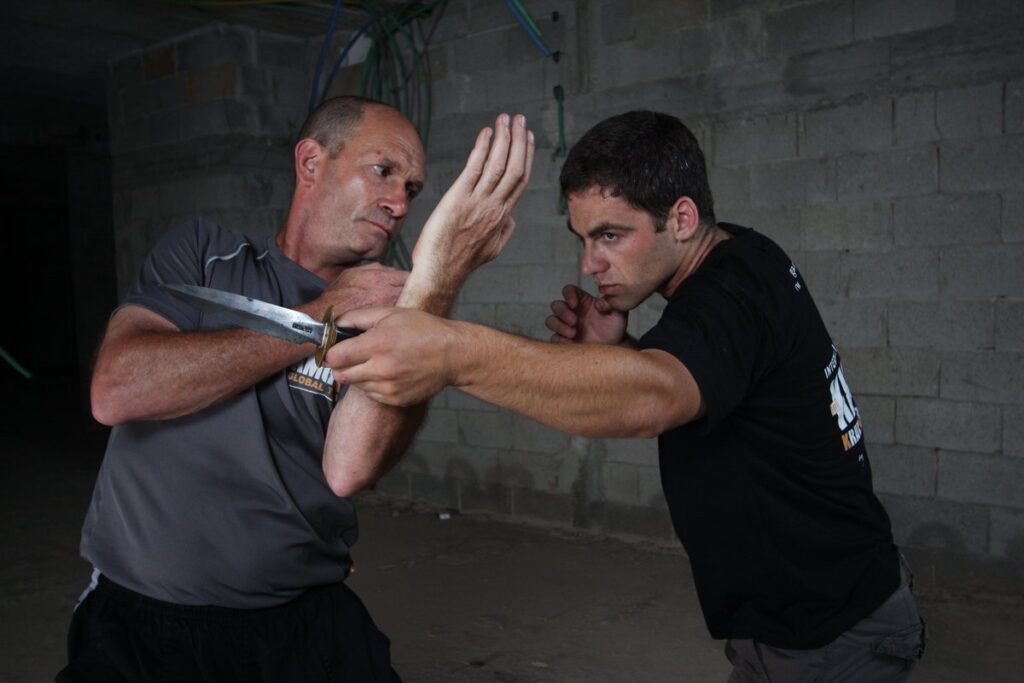 It is not surprising due to its availability and ease of purchase.

Knives are commonly present in every home, office and shop. Another factor that makes knives a weapon of choice for many is the ease to carry and hide it, limited punishment for carrying compared to other weapons and ease of use (basically no real training necessary in order to be able to operate it or use it against someone, especially if the attacker is ready to die in the process).

The differences between the types of knives available depend on many factors:

These features are mainly important for knife collectors, but not for criminals (in most cases) or terrorists.

The blade, which is the most important part of the knife (at least when we talking about attacking) may be ceramic or made of different combinations of metals. These are actually a very important feature, because the strength of the blade and its production process may predict the possible number of attacks performed before it brakes, angle and depth of the penetration and even rhythm of attacking.

Many of us are familiar with different systems dealing with both offensive and defensive techniques using the knife (Filipino Escrima and Arnis, Siok, Gurkha knife fighting, Russian Systema and many others).

Some knife fighting techniques are being taught in different military units in order to teach soldiers to use the knives on the battlefield. On the other hand, these people represent a relatively small proportion of attackers in real life (either as criminals or terrorists).

The majority of attackers do not have the previously mentioned skills. But, just to make it clear, it is very possible that they already have experience of using the weapons, so we should not expect hesitation and be ready that our opponent can be very determined.

Due to its availability the knife is used in crimes of passion, criminal acts and of course terrorist attacks. Most common types of attacks therefore are not the ones being taught on the courses and trainings of martial arts, but relatively “simple” and “non – complicated” if it is possible to call knife attacks in such way.

The most common attacks include:

Are the strongest attacks due to the significant use of the body weight. This is especially true in the case of attacks from above or below where there are many major muscle groups participating in developing the force (shoulder muscles, chest, leg core and the large back muscles …).

Usually performed downwards or in an angle, is basically universal, because it can be performed from standing, lying, sitting or kneeling positions. These are mainly pointed to the upper body (neck, face, torso), at least by the standing attacker. Sometimes this attack is done horizontally inward or outward like a hammer punch sideways.

These attacks are supported by the back, gluts, hip and leg muscles therefore also providing significant force. The main problem with this type of attack is that it can be equally dangerous if performed from long or short distance. These are mainly pointed to the lower body (abdomen, kidneys, in some cases upper thighs). One of the most horrible attacks is to the left upper quadrant of the body. This is due to the angle of penetration that may cause perforation of the stomach and result in leakage of the acid into intra-abdominal cavity … Painful death within 15min if urgent volume and respiratory support is not provided.

Mainly carry horizontal transmission of body weight, therefore not as strong as the previous two. It allows higher frequency of attacks compared to the other two. In most cases this type of attack is used by a standing opponent. Attacks can be pointed practically to any part of the body.  A single attack can be deadly if it hits between ribs 2-3 or 3-4 deeper than 7cm (in the average man) due to possible penetration of the heart muscles and resulting hemo-peritoneum or hemo-thorax. As well as injury to the lungs where parenchyma or collapsing of the lung can begin and can be deadly and shocking (paralyzing the victim) if urgent therapy is not provided

Are rare compared to the other attacks. In many cases these attacks are used to neutralize the defensive abilities of the defender (cutting the hands, legs, tendons …), in other cases used to attack specific parts of the body with high vascularization (neck, face).

All of these attacks are dangerous. Statistic shows that averagely 7-8 attacks killed a person. This is not always true due to multiple reasons (just to mention few … depth, point and accuracy of penetration, level of impact, determination of the attacker, mental state of the attacker, type of the knife / blade and its structural skeleton… as well as the time that passed until help and medical attention arrived). Thus it is not uncommon to hear that a person was killed or severely injured by a single knife attack.