The name “SAMBO” derives from the Russian acronym Samozashchita Bez Oruzhiya, which literally translates to “self-defence without weapons”. It was developed in the early 1920s by the Soviet Union’s NKVD and Red Army, initially exclusively for training Soviet special forces in hand-to-hand combat. Intended as a merger of the most effective techniques in known martial arts, SAMBO was focused on the practicality and applicability of wrestling in true combat situations with an emphasis on aggression and quick-striking paramilitary techniques. One of the major differentiators of Krav Maga to other forms of MMA is that Krav Maga trains self-defence and fighting skills for realistic scenarios where there are no rules and no strikes for points.

SAMBO, unlike other wrestling sports, complements this realism with its fewer rules and restrictions and a greater variety of allowed moves including standing combat, leg locks, and ground grappling techniques. In comparison to BJJ, Judo, Jiujitsu and other types of performance wrestling, SAMBO is better suited to ‘no-rules’ ground fighting situations requiring practical solutions.
SAMBO remained unknown in the West until the mid-1960s when Soviet fighters began winning international Judo competitions. The undefeated UFC fighter Khabib Nurmagomedov is a SAMBO practitioner. In SAMBO, he found the perfect blend of standing and floor-based grappling to take his fight game to the next level. Having trained in wrestling, SAMBO , and Judo from an early age under his late father Abdulmanap, Khabib’s exceptional chain wrestling made him unbeatable by the time he arrived in the Octagon.
While BJJ, Judo, and Jiujitsu are currently the most widespread grappling martial arts in Australia, globally SAMBO has been gaining popularity since the 1960s/70s due to its diversity and practicality. And although SAMBO has grown in global popularity and is on its way to becoming a recognized Olympic sport, it is still practically unknown in Australia. But this is changing. The Australian SAMBO

Federation was established in 2019 and there is growing interest in the sport among Australian MMA practitioners. Currently, the biggest barriers to learning SAMBO is finding authentic SAMBO training.

SGS Krav Maga is proud to be offering SAMBO classes in metropolitan Sydney with a trained SAMBO fighter and instructor.

Is Sambo Good For Self-DefenCe?

Sambo is one of the best martial arts one can learn for self-defence. It is one of the rare fighting systems that will teach you how to fight wherever the fight takes place. Unlike some other arts, Sambo is not one dimensional and it covers all elements of fighting similar to MMA does. Here are some of the crucial skills you will learn in Sambo that you can apply in street fighting:

Having strong grappling skills and knowing how to take a person down gives you a big advantage in street fighting. Taking the attacker down gives you space to either run away or secure a dominant position from which you can apply submissions. Combat Sambo training also teaches you how to use punches, kicks, elbows and knees to do damage. This form even includes “dirty” techniques like groin strikes one can use for self-defense. Not many other fighting systems will teach you how to use or defend against illegal tactics.

Who Are The Best Sambo Fighters In MMA?

In MMA, there have been many great fighters who had a strong background in Sambo. And some of them we listed below were even UFC champions and one of the best in the history of the sport. 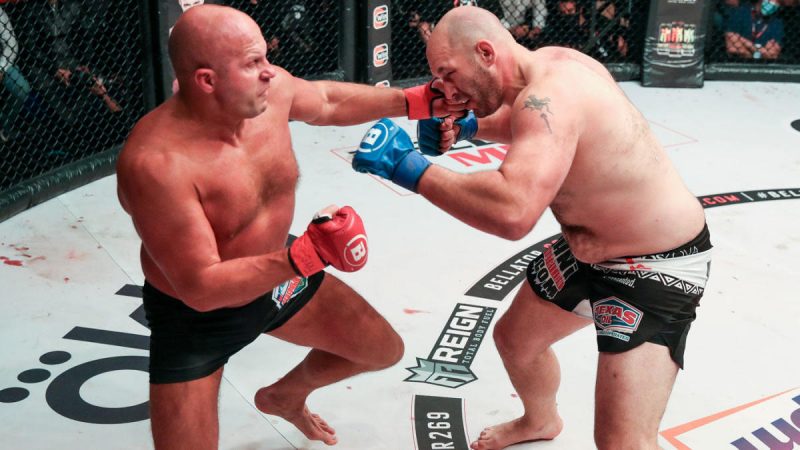 Fedor is the former Pride FC champion whom people often see as the greatest heavyweight fighter in the history of the sport. Even though this stays open for a debate, no-one can deny Fedor was the most dominant one. He is, perhaps, an ideal example of how useful Sambo is for MMA.

Before shifting to MMA, Fedor was a skilled Sambo fighter. He even competed in Sambo tournaments while fighting in pro MMA matches at the same time. Here are some of his notable Sambo achievements: 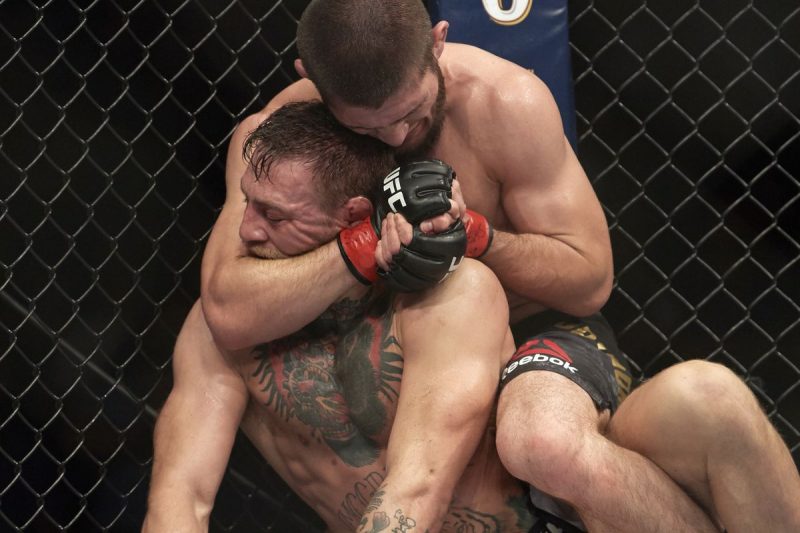 Khabib is one of the greatest UFC champions who has a really strong background in Sambo. He is a grappling wizard who uses a lot of Sambo techniques while fighting in MMA. Looking at his style, you can see he is a master in clinch control. He also very good at using trips, throws, and his ground and pound are the best in the business. These are all techniques he learned training Sambo as a child. Khabib grew up in the rough setting of Dagestan. He spent his childhood training Judo and Sambo under the supervision of his main coach and father, Abdulmanap. He also took part in many amateur competitions and was a Sambo World Champion on two occasions (2009; 2010).

WANT TO KNOW MORE ABOUT SAMBO AT SGS KRAV MAGA?

Leave a few details and we'll be in touch very shortly!